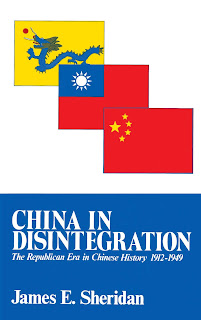 One’s political ideology seems to a large extent to reflect one’s views of human nature. Which I guess is logical.

Libertarians believe that people are naturally virtuous, hard-working, thrifty and responsible. It’s only the evil of government and rules and regulations that corrupt people. Get rid of governments and rules and everyone will become a rugged individualist. When reality tells them that this just isn’t so they simply ignore reality.

Liberals believe that people are naturally virtuous, hard-working, thrifty and responsible. It’s only oppressive structures like religion and patriarchy and institutional racism/sexism/homophobia that make people wicked. Get rid of those oppressive structures and everyone will be free and happy as autonomous individuals. When reality tells them that this just isn’t so they get angry and start blaming Nazis or racists or sexists. Then they introduce lots of laws to force people to be free and happy as autonomous individuals.

Conservatives believe that everyone has the ability to be a billionaire and that this will happen if only they can keep cutting taxes on billionaires.

Alt-rightists believe that all white people are naturally virtuous, hard-working, thrifty and responsible but it doesn’t work in practice because of the Jews and/or the blacks.

Traditionalists believe that people are naturally weak, vicious, selfish and self-destructive but that religion will make them reasonably happy and well-behaved.

Socialists (not modern fake leftists but actual socialists) believe that people are naturally weak, vicious, selfish and self-destructive but that the state can make them reasonably happy and well-behaved.

On the whole I think traditionalists and socialists are more grounded in reality.

grassroots vs elites in political parties

In a comment to my post a different kind of populist revolt? James mentioned Momentum, which raises some more interesting issues.

I’d been talking about the way left-wing political parties had been transformed from economically leftist/socially rightist parties into economically rightist/socially leftist parties. Momentum appears to be, to some extent, a grassroots revolt against this. The fact is that the rank-and-file members of left-wing parties like the British Labour Party were totally opposed to the transformation of their party. It was imposed on them by the party elites. Now there seems to be some pushback.

My own hope has been for the emergence of a leftist populism that would be a return to economically leftist/socially rightist policies. Momentum certainly seems to aim to push Labour in an economically leftist direction. Unfortunately they don’t seem inclined to abandon the incredibly destructive socially leftist policies, but it is at least a vaguely hopeful sign that rank-and-file party members are tired of having policies imposed on them by out-of-touch party elites. And if it leads to the purging of the Blairite elements in the party then it’s definitely a good thing.

Are there any signs of similar grassroots revolts elsewhere? I suppose the Bernie Sanders challenge in 2016 could be seen as an example, although unfortunately an unsuccessful one.

Depressingly there’s not much sign of such things in the Australian Labor Party.

What’s really interesting is that the rise of Jeremy Corbyn in British Labour was facilitated by a change in rules to give rank-and-file members the decisive say in choosing party leaders. Similar rules changes have been implemented in the Australian Labor Party. The idea behind the rules changes was to make leadership challenges much more difficult. Leaders can no longer be dumped by party-room coups organised by faceless men in smoke-filled rooms. The fact that rank-and-file members might actually choose a leader that the party elites violently disapproved of was one of those unintended consequences that make life interesting.

I don’t want to give the impression that I think Momentum is entirely a wonderful thing, they have some crazy ideas, but perhaps it’s at least a slightly hopeful sign that ordinary party members are prepared to fight back.
Posted by dfordoom at 12:30 AM 3 comments:

a different kind of populist revolt?

There’s been a lot of excitement about the idea of a supposedly rising tide of populism, which has been greeted with either hope or trepidation depending on one’s perspective. The election of Trump, the Brexit referendum and the Italian election result have all been seen as manifestations of this tide of populism.

There may be another populist revolt brewing in Britain but it’s a different kind of populism. I refer to the rise of Jeremy Corbyn to leadership of the Labour Party. This presents some of the same problems as the rise of Trump - it’s not easy to be sure exactly what Corbyn actually represents. He does seem to have some actual old-fashioned economic leftist notions (which are the potentially populist elements) but they’re overlaid with a great deal of globalist/social justice boilerplate (these elements being vehemently anti-populist). It’s very hard to predict which way Corbyn might go as prime minister.

The only thing that does seem fairly certain is that he’s unlikely to be as enthusiastic about unhesitatingly supporting America imperial adventures in the Middle East and elsewhere. His aversion to war does seem to be pretty genuine, as does his aversion to imperialism.

So what exactly makes Jeremy Corbyn a potential populist? Firstly there’s the fact that his election as Labour leader represented a major grass-roots revolt against the Blairites who had thought that they had permanently transformed Labour into an economically right-wing party with a veneer of cultural leftism. Corbyn’s elevation to the leadership was a savage blow to the Blairites.

It was also a challenge to the political status quo in which Labour and the Tories are more or less identical parties which alternate in government.

As far as foreign policy is concerned it’s a challenge to the United States which has for seventy years assumed that Britain will remain an obedient vassal state. The U.S. Secretary of State has already hinted that the U.S. will interfere in the British elections to prevent the election of Corbyn, and will move to overthrow Corbyn if he is elected.

What is most significant about Corbyn is that whether or not he proves to be a complete failure in practice (as Trump has been) he has badly frightened the whole British political/media establishment and they are determined to destroy him.

You can tell a lot about a man by looking at his enemies. Jeremy Corbyn at least has all the right enemies.
Posted by dfordoom at 7:20 AM 2 comments:

people care about the future, but they don’t care very much

All of the social engineering experiments that have changed western societies so profoundly since the Second World War have been implemented against the wishes of the  populations of those societies. Those who disapprove of these changes are constantly asking the same questions - when are people going to get fed up with these changes? When are people finally going to take a stand against mass immigration, against cultural degeneracy, against the normalisation of perversion, against the excesses of feminism, against the insanity of endlessly multiplying genders?

The sad truth is that people in western countries care about the future of their countries, but they don’t care very much.

At various times opportunities have existed for voters to take active steps. In countries such as Britain and Australia for example there have been hardline anti-immigration parties. Very few people have actually voted for them. It is interesting to speculate as to the reasons for this. One reason of course is that such parties are not quite respectable. Given that Britain and Australia have secret ballots it’s not a terribly convincing reason.

My theory is that even though most people did not want immigration it was not a major issue. They were more interested in bread-and-butter issues. They were more interested in voting for the party that would put more money into their pockets right now. They cared about the future of their nations, but they didn’t care enough to vote for parties that promised to end immigration.

As we have now reached the point where there’s not a great deal left to save it hardly matters whether the majority of the population approves or disapproves. When there was still a chance to do something people chose to put short-term interests and personal greed ahead of concern for the future of society. And that’s still the choice that most people will make.

It may be an effect of the faith in democracy. It may be the result of affluence, or consumerism, or perhaps just in general getting things too easy. And so we slowly drift towards perdition and we don’t really care.
Posted by dfordoom at 4:47 AM 7 comments: