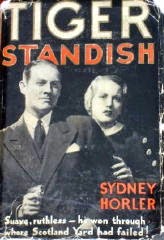 Sydney Horler (1888-1954) belonged to the breed of thriller writers that Alan Bennett described as the “snobbery with violence” school. The type of thriller writer that upsets sensitive leftists (poor darlings). Horler compounded the offence by being extremely popular, and nothing enrages leftists more than non-PC authors who sell books by the truckload.

Tiger Standish was Horler’s most popular hero, featuring in a series of novels in the 1930s. The first book in the series, titled simply Tiger Standish, appeared in 1932. Here's the link to my review of this book.

Horler wrote no less than 157 novels. He not only wrote politically incorrect books, he was also a social conservative and (perhaps his most heinous offence of all) a Christian.

Tiger Standish could be considered to be the poor man’s Bulldog Drummond, and he’s even more politically incorrect than Drummond. While I wouldn’t claim that Horler’s thrillers  were in the same league as the Bulldog Drummond books (to be honest he’s not even close) there’s still a certain amount of enjoyment to be derived from them. He definitely belongs in the guilty pleasure category.

Posted by dfordoom at 1:33 AM No comments: 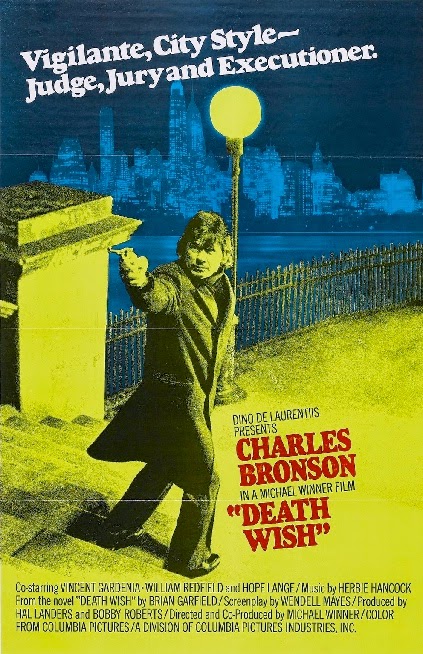 Movies don't come much more politically incorrect than Michael Winner's 1974 vigilante flick Death Wish. You won't find any sympathy for criminals in this movie. And you won't find any nonsense about crime being caused by poverty or by the wickedness of capitalism. The movie's prescription for dealing with crime may be a little extreme but its real crime (in the eyes of liberals) is that it suggests that extreme solutions might actually work, and that they might prove to be the only solutions that do work.

Death Wish ignited a firestorm of controversy when it was released in 1974. Not surprisingly critics hated it and audiences loved it.

I have more to say about this important movie on my film blog. Here's the link to my review.
Posted by dfordoom at 5:17 PM No comments: 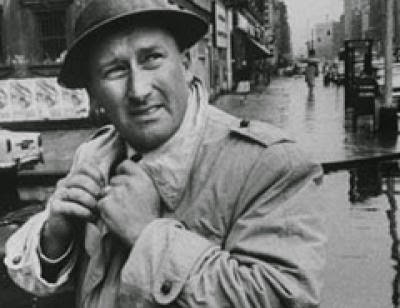 Spillane pushes liberals’ buttons for all sorts of reasons but undoubtedly his biggest crime in their eyes was his success. It’s hard to argue with a guy who sold 225 million books.

Spillane burst onto the literary scene in spectacular fashion 1947 with his debut novel I, the Jury. He became the first writer of private eye novels to top the New York Times bestseller list.

Spillane did some acting as well and in the The Girl Hunters (1963) he plays the role of Mike Hammer himself.

Enjoy!
Posted by dfordoom at 4:35 PM No comments: