I came across this old James Delingpole article, Liking the cut of Rommel’s uniform doesn’t make you a Nazi. It does raise some interesting questions.

I was particularly taken by his point about the firestorm that erupted over Bryan Ferry’s admiration for the films of Leni Riefenstahl and the architecture of Albert Speer. The fact is that all Ferry was saying was that the Nazis understood style, and he was quite right.

The real question is, should we judge a work of art based on our dislike (or admiration) for the moral and political ideas that we believe it was inspired by? Should we automatically dismiss art, architecture and literature because we disagree with its message? Should we force ourselves to pretend to like works of art just because we think they were inspired by beliefs that we consider to be worthy?

Or should we agree with Oscar Wilde that “There is no such thing as a moral or immoral book. Books are well-written or badly-written. That is all.”

It’s an important question because a great deal of very important art was created by artists who weren’t especially nice people, or who held some pretty strange and sometimes repellant beliefs. I’m a fan of crime fiction and Dashiell Hammett is one of the key figures in the history of the genre. Hammett was also a Stalinist. Should I therefore refuse to read The Maltese Falcon? 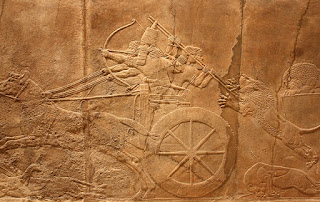 The annoying fact is that the great artists who held loopy or repellant beliefs tend to outnumber the ones who held sensible beliefs. Belief systems based on decency, moderation, kindness, generosity and happiness don’t always seem to inspire great art. Anger, bitterness, cruelty and envy do often inspire very great art.

Back in the second millennium BC the Assyrians probably were not the people you’d choose to have as neighbours. Assyrian art does however have a certain power and grandeur. Is it wrong to admire Assyrian art?

I regard the Soviet Union as a monstrous and evil empire but I have to admit that some Soviet Realist art is really rather good.

I personally dislike most modernist art because to me it’s not just ugly but it’s deliberately and it’s ugly for an ideological purpose. It’s intended to demoralise the viewer, the idea being that this will help to hasten the collapse of western civilisation and thus serve to usher in a golden age of socialist heaven on earth. My loathing for modernist art is thus fueled equally by aesthetic repugnance and by my horror of its political agenda. But what about art that is beautiful for an ideological purpose? Is that better or worse? 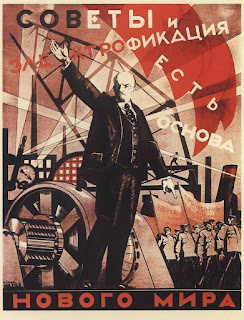 Getting back to Leni Riefenstahl, there are several problems raised by her work. The first is the question as to the extent to which she really believed in that ideology. Was she really an ardent National Socialist or was she (like so many intellectuals in the 30s) merely seduced by its apparent surface appeal? No-one can be entirely sure since it’s not the sort of thing she liked to talk about much in later life, for obvious reasons. The big problem with her films though is that whatever you think of the ideologies behind them she was an actual genius. She showed enormous promise in early films like the strange and beautiful The Blue Light. Her visual sense was exquisite. When she turned to making documentary films her talent blossomed still further. Olympia, the official film of the 1936 Berlin Olympic Games, may well be the greatest documentary film ever made. In the case of Olympia it is just possible to view the film simply as an aesthetic exercise. That’s slightly more difficult in the case of her film on the 1934 Nazi Party Congress in Nuremberg, Triumph of the Will.

And getting back to Rommel, there’s no question that German uniforms of the Nazi period had more style than any other 20th century military uniforms. They look cool because they were designed to look cool, and designed to do so by illustrious fashion designers such as Hugo Boss. It’s a look that we may today find somewhat creepy but the sense of style is undeniable. This sense of style was certainly part of the appeal of National Socialism but can we ignore its aesthetic quality simply because it makes us uncomfortable? 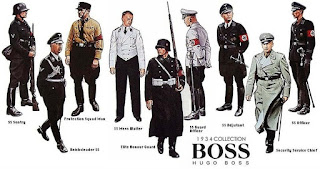 I love Hammett’s The Maltese Falcon but that doesn’t make make me a Stalinist. I like Nicholas Roerich’s paintings but I have no sympathy with his crazy Theosophical beliefs. I can admire the beauty of a Japanese Buddhist temple without being a Buddhist. But can I say that Hugo Boss’s SS uniforms are very snazzy and that some of Albert Speer’s buildings are remarkably impressive?

If the answer to that question is no, then where do we draw the line? Must we only admire art and literature that doesn’t take us out of our comfort zone? Should I have added trigger warnings to the Hugo Boss illustrations? Or to the Assyrian frieze? Should a photograph of a Catholic cathedral come with a trigger warning in case it upsets non-Catholics?

Will there be any works of art or literature left that don’t come with trigger warnings? Should we confront history, or run away from it?
Posted by dfordoom at 10:11 AM 1 comment:

Email ThisBlogThis!Share to TwitterShare to FacebookShare to Pinterest
Labels: art

Joss Whedon, feminism and the politics of enforced obedience

I can’t help being incredibly entertained by the feminist furore over Joss Whedon’s new movie Avengers: Age of Ultron. Radical feminists are foaming at the mouth, apparently because one of the female characters expresses regret that she can’t have children.

What makes it hysterically funny is that the oh so politically correct Whedon should find himself the target of the feminist harpies. Whedon has discovered what many of us have suspected for quite a while. The leftist ideological terror campaign is not directed against conservatives. There are too few conservatives left to matter. The real targets are liberals. The objective is to ensure that liberals understand that henceforth they will live in a constant state of fear - a fear that they’re not liberal enough. Every minor deviation from the party line will be punished relentlessly. Those deemed to be insufficiently zealous social justice warriors will be subjected to show trials by social media. Liberals will be running scared, and that’s the whole point - make people frightened enough and they’ll be easy to control. They'll be docile and obedient.
Posted by dfordoom at 3:33 AM No comments: